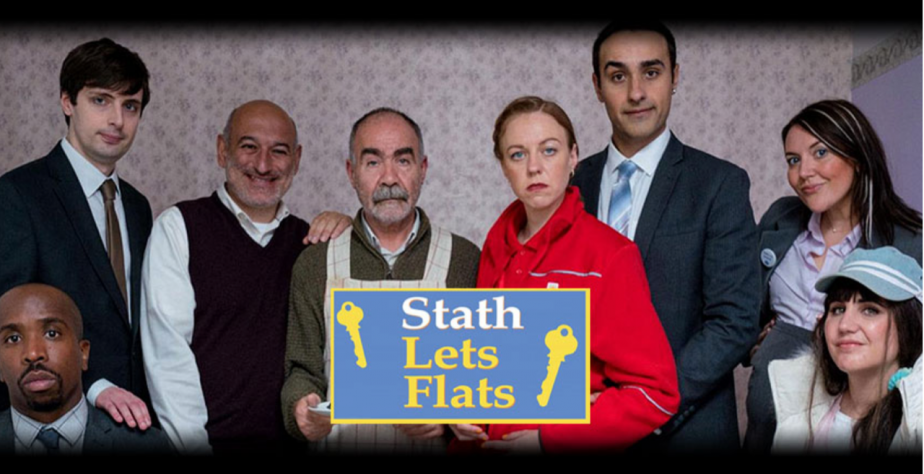 The BAFTA-winning comedy, Stath Lets Flats is back (Season 3), with writer Jamie Demetriou again taking the starring role as Stath, a charmingly hopeless and chaotic lettings agent, who works at his father’s company and fails in his (barely) professional career and love life. Consistently.

North London locations, aka Barnet Film Office take centre-stage in the critically-acclaimed, straight-up comedy. Look out for Silkstream Road in Burnt Oak, where our hopeless hero arrives to do a viewing, slips and falls over on the path. If you know the Edgware area, you may also spot Wattling Avenue, where Seth enters a shop, buys an item and promptly leaves. Burnt Oak Broadway featured in a couple of set-ups filmed directly outside the front of Cristina’s Hair and Beauty, which was used as the comedy’s rival letting agency. The holding area for the shoot was at Hair Square (101 Burnt Oak Broadway).